Just as famous as kangaroos, the Golden Wattle represents a flower designated to be the Australian floral symbol. The Golden Wattle is a flower obviously originating from Australia and which bears the scientific name of Acacia pycnantha, a genus belonging to the Mimosaceae family. The Mimosaceae family is famous for its species that form their flowering out of numerous small flowers. Another characteristic of this family is the powerful scent emanated by the flowers and also its color, which varies from shades of bright yellow to shades of golden yellow.

Australia knows of more than 700 species belonging to the Golden Wattle genus. This genus manifests its beauty through the blooming of what some people refer to as a small tree, the color of the flowering being always yellow related. The Golden Wattle blooms in early spring, but given the specific Australian temperatures, it’s not unusual for this flower to bloom at the end of the winter season. 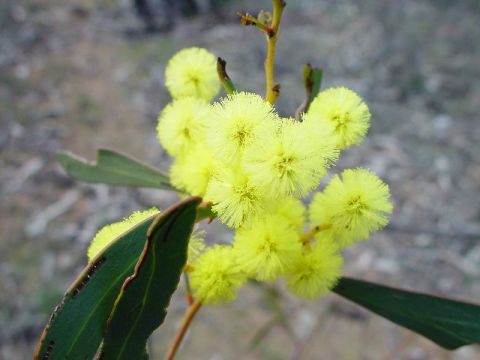 Reaching almost 8 meters in height, the Golden Wattle represents a small tree with numerous yellow flowers that are abundant and fluffy, and that create the image of a bush, or of a full bouquet. The smallest dimension of the Golden Wattle is known to be of 2 meters, but the flowers emanate a stronger scent than those produces by the taller tree. The maximum height of the Golden Wattle is attained when the tree reaches its maturity, phenomenon which can last between 15 to 20 years of existence.

The first references to this Australian flower belong to the botanist George Bentham, who in 1842 tried to capture some of the characteristics of this flower in the Journal of Botany, published in London.

Amongst the best qualities of the Golden Wattle is its scent, which has become to be more and more used at making perfumes or body lotions. A fresh and delicate scent, the Golden Wattle has been the basic ingredient in women’s perfumes and cosmetic products designed by famous brands. Also, another usage of this plant is its woody part, used at manufacturing furniture.

The cultivation of this flower can be made in all parts of the world, as it’s not sensitive to low temperatures or different soil conditions than those provided by its originating continent. The flower can even resist frost and has the ability to recover quickly from any diseases it might be susceptible of. Cultivators are usually keen on the Golden Wattle because of its abundant yellow flowering that adds color to their gardens and also from the beautiful scent that it produces. The Golden Wattle flower makes a beautiful cut flower, which could be used either for refreshing the air in your home, or for decorating restaurants with floral arrangements made of this flower, at wedding receptions and other typical events.