Being a part of the Amaryllis family, Narcissus is a genus that gathers between 50 and 100 species and hybrids.

Because of the powerful, special fragrance, Narcissus is oftenly considered disturbing by some people. The fragrance is also held responsible for the name of the plant, as it comes from “narke”, a Greek word that if translated, means narcotic.

Even though main characteristic of the flower, the shape, that looks a lot like a centered trumpet surrounded by a ring of six floral leaves is present in all species, it is widely known that there are more than 1000 varieties that differ in terms of color. 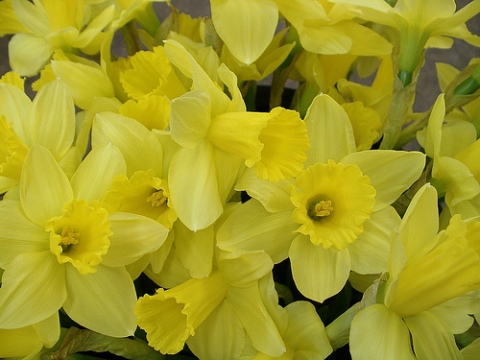 Narcissus is thought to be a flower of friendship and joy and as a love flower it symbolizes sincerity. It is a common gift when a baby is born, signifying the joy of meeting a new life.

There are two Greek legends that underline the beauty and powerful fragrance of the flower. The first one is related to Narcissus and says that the flower appeared when he died. The second one says that Hades would have created Narcissus and gave it such a powerful fragrance, in an attempt of seducing Persephone till the entrance of the underworld, as he couldn’t leave his kingdom, not even for a second. 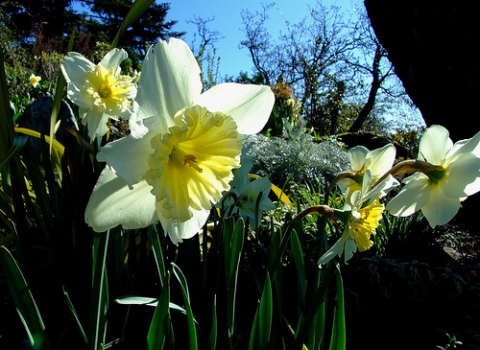 Besides the obvious beautiful and cheerful aspect, all Narcissus have a high degree of toxicity because of the alkaloid poison lycorine, contained not only by the bulbs, but also by the leaves. Because of the huge similarities between onion and the Narcissus bulbs, several accidents may occur.

Narcissus is considered to be a sign announcing the arrival of spring and when the flower appears, it is said, that the bad weather won’t be back for several months. These meanings, coming from folklore, are strongly related, not only to the blooming period of the plant, but also to the trumpet shape.